What is Entrepreneurial Imposter Syndrome, and How Do You Overcome It?

The ailment of entrepreneurial imposter syndrome weighs on nearly 84% of business owners in the US right now...here’s how you can fight back.

Did you know Ryan fired himself as CEO of his first company?

He gave up his role as CEO because he believed he was doing that badly of a job as captain of his own company. Even though he’d gotten the company off the ground, as soon as sales stalled he assumed he was the problem. He saw himself out and brought someone better in to fill his role.

After firing himself, Ryan waited for his replacement to plug all the holes he had created. Changes were made, that in hindsight, Ryan already knew needed to be done but hadn’t taken action on because he didn’t want his team to be frustrated with him.

But those changes didn’t help his company’s growth problem. Their sales were still stalled and things were looking bleak. They were in a death spiral headed where no entrepreneur ever wants to go. Without another option, Ryan stepped back into the CEO position with his fingers crossed and slight fear in his eyes.

Within 12 months of rehiring himself as CEO, Ryan went from near-bankruptcy to generational wealth-changing success.

The Ryan that fired himself because he wasn’t good enough, would have been shocked to see himself a few years later saying, “To date, my partners and I have started 13 companies from scratch, funded (or acquired) a dozen more, and directly advised hundreds of CEOs and entrepreneurs on how to grow and scale their companies.”

What was the difference between the Ryan who fired himself as CEO and the Ryan who’s swimming in profitable companies?

Here’s how he does it.

What Is Entrepreneurial Imposter Syndrome

Imposter syndrome is that nagging feeling inside an entrepreneur’s head that tells them they’re not good enough, they can’t succeed, and their dreams are destined to fail. It’s the unwelcome roommate in your mind that won’t stop talking about how you’re going to mess this all up, for you, your team, and your company.

Being an entrepreneur exacerbates imposter syndrome because you have to lead. You have to make the choices and if you screw up, it’s on you. Not to mention, your team counts on you not to screw up—and that pressure weighs heavy.

Thanks to psychologists Dr. Pauline Rose Clance and Dr. Suzanne Imes, we know that imposter syndrome isn’t a “you” problem. It’s an everyone problem. In Kajabi’s latest research on imposter syndrome, they found “a staggering 84% of the entrepreneurs and small business owners surveyed had scores indicating they feel like an imposter at moderate, frequent, or intense levels.”

With over 20% of entrepreneurs worrying they’ll be “found out” for lack of knowledge or ability—entrepreneurial imposter syndrome is the weed thriving inside our company. But, it’s time to pull those weeds and their roots from the foundation of our businesses and figure out how to overcome imposter syndrome. You don’t have to bring those weeds along for the entirety of your career.

Get rid of them and learn how to spot them the moment they try to creep back in.

How To Overcome Entrepreneurial Imposter Syndrome

You can’t get the weeds out of your garden without first realizing you have weeds in your garden. The same applies to imposter syndrome. First, you have to recognize your mind has gone on a pessimistic tangent before you can correct its course.

“Awareness is a key factor in helping yourself with the impostor phenomenon.” explains one of the psychologists who discovered imposter syndrome, Dr. Suzanne Imes.

“There’s a cycle that starts where you may have bad dreams, you may have a lot of worry, you may have a lot of anxiety because you have been given a task to do. Let’s say you have some kind of assignment, like doing this podcast, and you start feeling anxious about, oh, dear, I’m not good enough. I don’t know how to do this. So you start worrying about it. You may feel immobilized. You can’t get ready for it. You may procrastinate, or you may get started early and just work and work and work and way over-prepare.”

Entrepreneurs deal with imposter syndrome in different ways. Some entrepreneurs will fire themselves, thinking that they couldn’t possibly come up with the solution to solve their problem. Others might overwork themselves instead, diving deeply into their work and letting other aspects of their life go in return for making themselves feel like they’re at least giving it their all.

Here are a few questions to ask yourself to recognize imposter syndrome:

Avoiding the pitfall of entrepreneurial imposter syndrome requires getting to know yourself. When can you see the weeds peeking through the cracks? Just like those nagging weeds, the faster you can pull them out the easier it will be to stop them from multiplying.

Step 2: Rewrite the movie you’re playing in your mind

Your mind is an incredibly imaginative place. All-day long it’s playing the movie of your life. Sometimes it’s interpreting reality for you, but other times it’s making up its own script about what you’re going to do next. Our brains love to wander, which is the reason we make such great entrepreneurs. Humans are unequivocally creative, but that can also be our downfall.

When our mind wanders without being watched, we turn into a toddler that will jump off of any high surface without regard for their wellbeing. The movies we play in our heads about ourselves when unwatched can lead us to create a false sense of reality. In this reality, we think we’re incapable. And we believe it so strongly, that we’ll step down as CEO of our company and believe somebody else can do the job better.

Ryan learned first-hand the power behind the story he was telling himself. The mental movie playing in his mind told him that he was an entrepreneur doomed for failure if he didn’t hand over the reins. The reality was he knew exactly what he needed to succeed and just needed to believe in himself enough to take action. Once he rehired himself, Ryan was able to create generational-wealth changing success with a worse situation than he had when he initially fired himself.

As you read this article, your mind is wandering. It’s thinking about Ryan’s story and either telling you that you can be just like him or that Ryan has something special that you just can’t compete with. Focus on the mental movie playing in your mind and take control over it so you can use it to your advantage.

Here’s how you can maintain control over your wandering, creative mind:

Give your mind a new movie script to follow.

In this script, you’re the hero. You’re the business owner who can always figure it out. You’re brilliant beyond belief. You use all of your past challenges to drive you forward. You can always count on *you* to help you figure out how to overcome the inevitable struggles in your business. You’re not afraid to take action to fix problems, you communicate changes to your team with ease, and your business is always heading in the right direction.

You are your biggest fan—and that’s never up for discussion.

Option 3: Stop thinking you have to do this alone

The human brain was built for socialization. From neanderthals to twenty-first-century homo sapiens, our minds are wired for human-to-human connection. This connection is part of the reason we feel imposter syndrome in the first place. We worry our peers will find out we’re inadequate and they’ll exile us because of it. This fear inspires us to play it safe and imposter syndrome is the voice in our mind that reminds us when we go past our artificial safety net.

But what happens to that voice when you’re surrounded by other people who are feeling the same way?

That’s when you’ve broken free from the shackles of imposter syndrome. Sure, you’ll find a few weeds in your garden (that’s part of hitting new milestones in your business)—but because you’re aware of how to spot them early you can pull them out before they take over. You can reach out to your community and get support from like-minded entrepreneurs who can say, “I’ve felt that way before too.”

With a community of other business owners, you get to live through a lens of pushing past imposter syndrome because it’s just a false narrative happening in your mind.

Finding the right community isn’t easy. With thousands of communities popping up online every year, the amount of options turns this fun idea into a daunting task. What happens if you end up in the wrong community with people who aren’t facing the same challenges as you?

The right community has:

It’s a community where you can be respected for who you are, but not left where you are. This is the community we’re building at the Scalable Collective.

There’s a word not often associated with Entrepreneurs & CEOs…humility. Instead, we see a culture of “know-it-alls” who boast, brag, and can’t admit when they are wrong.

In The Collective, it’s a requirement that we all check out egos at the door.

A haven where we can be open, ask questions without judgment (no matter how dumb we may think they are), share our successes AND failures, admit when we don’t know something, and ultimately be respected for exactly who we are…

But as a community, we will work together being ready, willing, and able to help one another to ensure we aren’t left where we are.

Here’s how to join…

Complete the application: Click the button below to access our simple application. It’s short and is there to make sure there is a mutually good fit in the community. We want to make sure

The Collective is a valuable asset to you and your business.

Wait for approval: We individually review each application in the order they are submitted. Typically this process takes less than 24 hours, but please allow up to 72 hours for review and approval.

Accept your invitation: If your application is approved, you’ll receive an invite to join The Collective via email. It will contain your special link to join.

Become a member of the Scalable Collective. 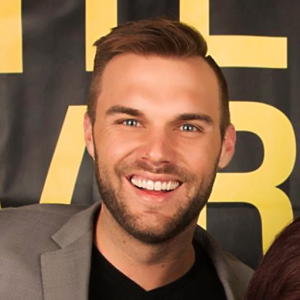 Matt is a growth expert and copywriter who has been working in marketing for over a decade. As the Head of Growth at The Scalable Company, he is responsible for overseeing marketing activities at 3 portfolio companies - Scalable.co, DigitalMarketer, and EPIC Network. A longtime believer in small businesses as an engine for economic growth, Matt has also worked extensively with entrepreneurs to help them grow and scale their businesses. When he's not working or playing with his two rescue dogs and cat, you can find him blasting through video games or on the golf course. The Entrepreneur’s Dilemma: When Your Business Controls You

If you’re feeling trapped and overwhelmed by your business, it’s time to upgrade your operating system.

The Real Challenge of Scaling Your Business

Learn the difference between exiting the line, staff, org chart, board, or ownership, and find the right fit for your goals and preferences.