A Manifesto for Accidental Entrepreneurs Scalable.co is a community for entrepreneurs, founders, and CEOs who have no idea what they’re doing, and are willing to admit it.

We call ourselves, “Accidental Entrepreneurs.”

Most of us didn’t even set out to build a business. We simply saw a need and filled it. We scratched our own itch. And we were as shocked as anyone when our little “side project” turned into a “real business.”

But that’s when everything went horribly wrong…

As our project made the transition into “real business,” everything changed.

We didn’t want to let them down, so we pressed on. We did our best.

But the emperor had no clothes. We were naked, and we knew it.

Believe me. I get it…

Recalling My Failure As an Accidental Entrepreneur

I have a confession to make…

I nearly bankrupted my first company.

After several years of rapid growth and healthy profits, sales began to stall and seemingly overnight, profits dried up. We weren’t losing money (yet), but we weren’t growing like we had been just a few months prior.

Something was obviously wrong, but I didn’t know what and I had no idea how to fix it.

So, in the face of this uncertainty and adversity, I did what any first-time Founder and CEO would do…

I spent many sleepless nights wondering if I was the reason for this unexpected growth stall. After all, it was my company. I was the leader, so it had to be all my fault.

I Fired Myself From My Own Company

Clearly, I didn’t have what it took to be CEO…

So, I swallowed my pride, hired a very experienced (and very expensive) CEO to take my place, and showed myself the door. I still came into the office from time to time, but my role largely shifted from executive to advisor.

I was simultaneously heartbroken and relieved.

And at first, things were great.

My replacement made some quick changes that, in hindsight, were obvious. In fact, if I’m being completely candid, they were all things I knew needed to be done, but was too scared to do. (What can I say? I wanted to be liked.)

For the first time ever, law and order was brought to our little pirate ship, and, at first, things seemed to be working.

But 6 months into my replacement’s tenure, it was clear things weren’t quite as sunny as they seemed.

In fact, things were getting worse…

Our already-anemic sales slowed even more, and the profit created from those early cost-cutting measures disappeared almost as quickly as it arrived.

So that’s what I did.

And That’s When the Wheels Came Off

Sales were lower than ever. We were hemorrhaging what little cash we had in the bank, and most of my best people had quit or been fired.

It wasn’t until my “ride-or-die” co-founder came to me and said he was going to walk, too, that I finally took action. I fired my replacement and stepped back into the CEO role.

But was it too late?

In less than 12 months, the company had gone from thriving to nearly bankrupt, and I still didn’t understand what caused it to stall out in the first place.

Some years later, another “failed entrepreneur” would put my exact feelings into words…

But I knew there had to be an answer, and I was determined to find it.

Scalable.co is the result of that decade-long search for answers.

It wasn’t easy, but we were able to pull ourselves out of the death spiral.

Within 12 months, we went from near-bankruptcy to generational wealth-changing success.

To date, my partners and I have started 13 companies from scratch, funded (or acquired) a dozen more, and directly advised hundreds of CEOs and entrepreneurs on how to grow and scale their companies. And if you count up everyone who has purchased one of our products or attended one of our events, you could safely expand that influence to many tens of thousands of founders and entrepreneurs.

I wouldn’t say we’ve “figured it out,” but I would say we have survived long enough and failed often enough to know more than most.

And now we’re open-sourcing all our knowledge…our “Scalable Operating System”…for all the other accidental entrepreneurs out there.

Wanna join us for the ride?

If you’re a clueless founder, I invite you to join us.

If you feel stuck, or trapped in “no man’s land,” I invite you to join us.

And if you (like me) have ever felt unworthy to run your own company, I invite you to join us.

The first thing you can do is subscribe to our email newsletter.

The Scalable Memo gets you access to the very same ideas and insights we share with our partners, co-founders, and internal management teams. It’s timely, tactical, and always seems to have the answer to that question you were just about to ask. Oh yeah, and best of all, it’s free.

If you like our newsletter, you may choose to Join The Collective. The Collective is our private community for scale-focused entrepreneurs and CEOs motivated by results, committed to growth through community, willing to do the work and support others, and eager to predictably scale their business.

This is where serious entrepreneurs come to truly scale their companies and it’s where they stay to discover new strategies, continue to grow their team and themselves, form lasting relationships built on trust, and reach their full potential.

Inside The Collective you’ll see our mission come to life through 4 core pillars:

We also plan to open our Get Scalable Accelerator (which was previously only offered to portfolio companies and high-level clients) to everyone, and we will also look to make some investments and form some strategic partnerships. (Full disclosure: The “business case” for launching Scalable.co is to locate new and interesting investment and acquisition opportunities.)

But mostly, we want to create a community…

…a community of entrepreneurs who aren’t afraid to admit that they don’t know it all.

…a community of founders who are committed to growing themselves and their teams.

…a community where ego is banished, and sharing is celebrated.

And above all else…

…a community where you can be respected for who you are, but not left where you are.

It should be fun.

And if you’ve read this far, I sincerely hope you’ll join us. 🙂 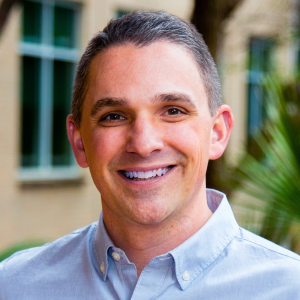 5 Clear Signs That You Need an Executive Assistant

If we could go back in time, we’d have put these five clear signs you need an executive assistant into a neon sign and hung it across our desk. Every day we’d look at that sign and when we suddenly resonated with at least one of these signs, we’d make the hire.

Your Small Business May Be Approaching a Dangerous Level of Growth

Accidental entrepreneurs may not have planned to scale their businesses, but it’s happening anyway. If your business is seeing unexpected levels of growth it can be easy to get lost in your “success” and stumble into failure.

What is Entrepreneurial Imposter Syndrome, and How Do You Overcome It?

The ailment of entrepreneurial imposter syndrome weighs on nearly 84% of business owners in the US right now…here’s how you can fight back.

What’s Stopping Your Business From Scaling?